You may think it is barking mad, but in Vienna a hotel arranges for dogs to go to the opera without their owners.

The cultural nights out for canines are organised by the five-star Park Hyatt Vienna, which allows people to check in with their dogs or cats, and aims to be as pet-friendly as possible.

If a guest wants a night out in the Austrian capital without his or her dog, but doesn’t want the pooch to get lonely on its own in the hotel room, staff can step in.

In addition to the more usual requests for dogs to be walked, the hotel can arrange for an employee to take the animal to the theatre.

“If the pet wants to go to the opera by himself we will arrange their ticket if the opera allows it,” says the hotel’s general manager Monique Dekker. 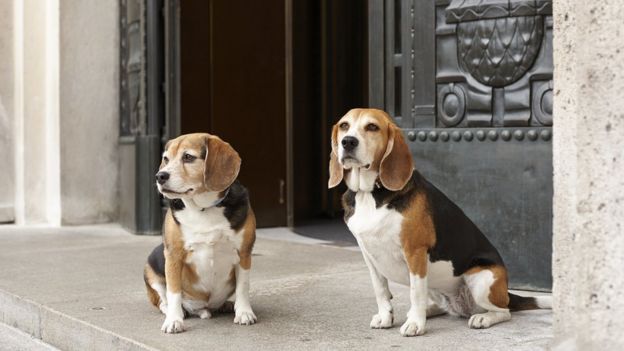 “If he loves Madam Butterfly, then please go ahead.”

Meanwhile, other guests with a dog once asked the hotel to arrange some exclusive transport just for their pet.

“We have had one dog that has been transferred by a limo because the guests were somewhere else, and they suddenly wanted their four-legged friend to come to where they were. For us the sky is the limit,” says Ms Dekker.

While most pet-friendly hotels don’t go to quite the levels of the Park Hyatt Vienna, it is in fact indicative of the big growth in recent years in the number of hotels that allow people to check in with their dogs, cats or other animals.

Bookings website Hotels.com says: “We have witnessed a huge increase in demand for pet-friendly hotels, and guests wanting to travel with their animals.

“Demand is growing year-on-year, with a large proportion of hotels across the globe now not only accommodating for pets, but also advertising this key feature.” 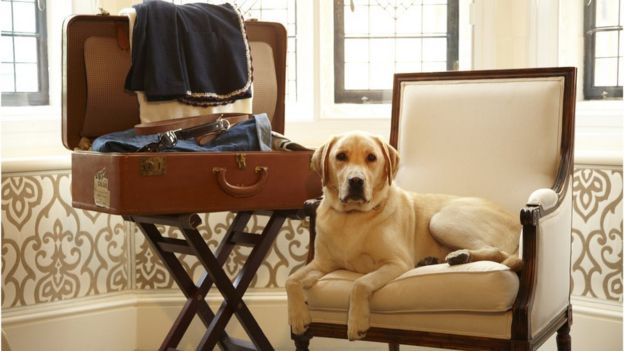 Hotels.com says that a quarter of the 325,000 hotels it now lists around the world allow people to check in with their pets.

For most pet-friendly hotels, guests wishing to bring their pets with them have to pay an initial surcharge. For instance, the Park Hyatt Vienna’s “Very Important Dog” programme costs €35 ($40; £27). Food and other services, such as dog walking or sitting, or a trip to the opera, are then charged on top.

The Milestone Hotel in central London has its own “pet concierge”.

Georgia Wood, who holds the role, says the hotel does all it can to “make sure the pets have just as great a stay here as the guests”. 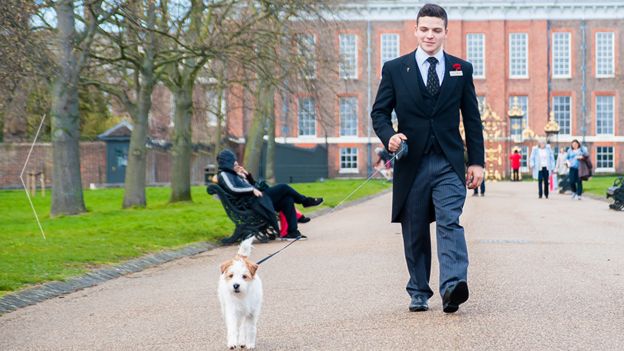 She adds: “We send a pet preference form prior to someone’s arrival, and I’ll just ask for the breed of the dog, the size of the dog, if there are certain things the dog likes to eat.

“When we have this information, we can then, prior to your arrival, set up the room, set up the dog bed.”

In addition to offering dog-sitting and walking, the Milestone has an extensive menu for dogs and cats, which can be ordered as room service 24 hours a day.